PLEASE CLICK ON THE IMAGE OR THE LINK ABOVE. 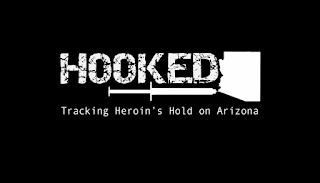 Heroin is exacting a deadly and devastating toll across Arizona, particularly among teens and young adults. Addicts, police and experts tell their stories in “Hooked: Tracking heroin’s hold on Arizona.”

This documentary aired in a simulcast statewide on January 13, 2015. The documentary was produced by advanced journalism students at the Walter Cronkite School of Journalism and Mass Communication at Arizona State University.

DEPRESSION CAUSE OF SUICIDE: DOCUMENTARY

How Depression cause of Suicide (Amazing Documentary)
Published on Mar 6, 2015

Feeling sad or unhappy is a normal part of growing up. In fact, it’s a normal part of the ups and downs of life, no matter how old you are. Depression, however, is more than just feeling sad. It’s feeling miserable or upset to the point where it gets in the way of your day-to-day life for two weeks or longer. Depression is an illness like asthma or diabetes. It can affect people at any age, and it needs to be recognized and treated.

Tough times—like a break up with a boyfriend or girlfriend, or your parents’ divorce—can lead to depression. The tough time is not necessarily the only factor involved. A physical illness, feelings of loneliness or isolation, being bullied or abused can all lead to depression. And, sometimes depression can have no obvious cause at all, but it could be the result of chemical imbalances in the brain.
We all deal with stuff differently. Some of us have stronger coping skills or support systems to help us through tough times, and some no matter how sharp our skills or strong our supports, still need extra help.

So whether you’re going through a tough time or experiencing depression, it’s important to talk to someone and get the help you need.

Opiate-related overdose deaths have quadrupled in the U.S. since 2001. In 2014, Massachusetts had more than 1,250 deaths from heroin overdose; today, 85 percent of the crimes on Cape Cod are opiate-related.

That perches in the soul

And sings the tune without the words

And never stops at all

And sweetest in the Gale is heard

And sore must be the storm

That could abash the little Bird

That kept so many warm

I’ve heard it in the chillest land

And on the strangest Sea

Yet never in Extremity,

It asked a crumb - of me