Do you have any books you would like to donate?

I am pleased to announce that Mia’s Dream Team will be setting up / building a library at Crossroads Flower Recovery for Woman in honor of Mariah Hull’s memory. For those of you who knew Mariah she had a deep love for reading, she loved books and was an avid reader. My goal is to set up a library full of different kinds of books ranging from literature, religion, art, cooking, study aids to fiction and fantasy. Basically anything and everything!

I am asking all of our friends and family for book donations! If you can donate books please contact me so I can make arraignments to pick them up from you. Your donations will be greatly appreciated. 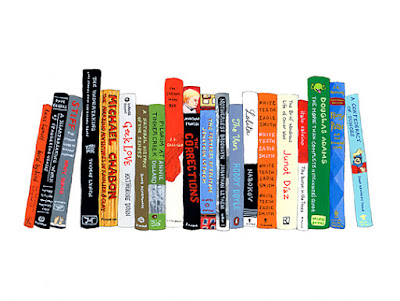 Posted by Unknown at 9:36 AM No comments:

A Message From Gianna

Mariah's little sister Gianna share a few words with everyone on Christmas Day. I know it must have been hard for you Gianna but I thank you for sharing this brief heart felt message. I love your courage and I can't wait until you start writing you thoughts, ideas and memories! 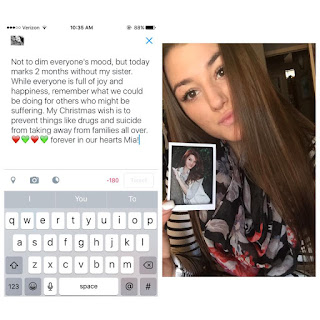 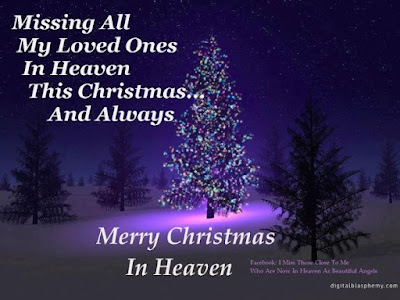 Posted by Unknown at 9:13 AM No comments:

To Gammie, Papa, Noah and Gianna

“To Gammie, Papa, Noah and Gianna – All my love, Mariah”

We are all still in shock and in disbelief. We still can’t believe she took her own life. When I think of it my mind immediately goes to her last day. You can’t help but think how lost and alone she must have felt. Her mind full of shattered memories, her hope faded and her strength depleted. Amazingly she still is managing to talk to us and letting us know she is ok. Mariah’s grandmother messaged me last week. She said she found this letter in her night stand drawer, it’s a letter Mariah wrote her when she was at crossroads a year ago. I find it amazing how all these letters and pictures start popping after her death. Is it a coincidence? I don’t think so! I would like to believe that Mariah is still around reminding us of her love and NOT to let her struggles go unforgotten.

“Today you all have been on my mind A LOT.” -Mariah

“Please never forget how much I Love you!” - Mariah

“I will spend a lifetime kicking myself for letting a drug be my only focus.” - Mariah 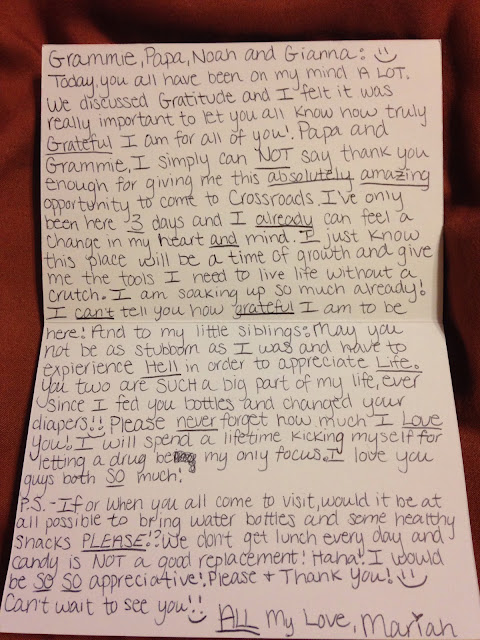 We added "NEW RESOURCE" pages to the left.
Keep coming back, we are still under construction! 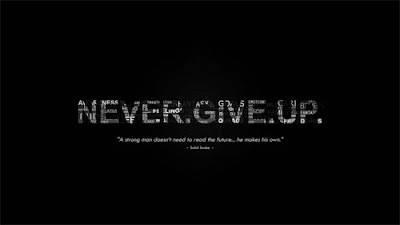 I volunteer for a homeless ministry, I'm one of the leader for Team Hope. My good friend runs this ministry and it was at one of her outreaches where she met Mariah. Myself, Allen and Mariah volunteered at one of the homeless outreaches about a year ago. Mariah loved being of service and she really love helping the homeless. I received a text message from Heather on December 4th the day before we served the homeless; it reminded me of who Mia really was on the inside and how big her heart was. It was a letter written by Mariah to Heather. (Her mentor) This heart felt letter was written one year ago this month and at the time this letter was written Mariah was a resident at Crossroads for woman recovery center in Phoenix, AZ. Heather decided to share this letter on Facebook, she wrote the following.

"As we get ready to head to the streets tomorrow this came up on my time hop today. It reminded me that you never know who you will meet and the impact they will leave on you as well as you leave on them. We may be ministering to the homeless but sometimes it's those that are serving with us that need us the most. The relationships we make while doing this ministry makes it all worth it. Even though Mariahs path was short there was a purpose our paths crossed and I will be forever grateful for that.‪#‎relationshipsmattermost‬ ‪#‎teamhope‬ ‪#‎miasteam‬" - Heather Massey 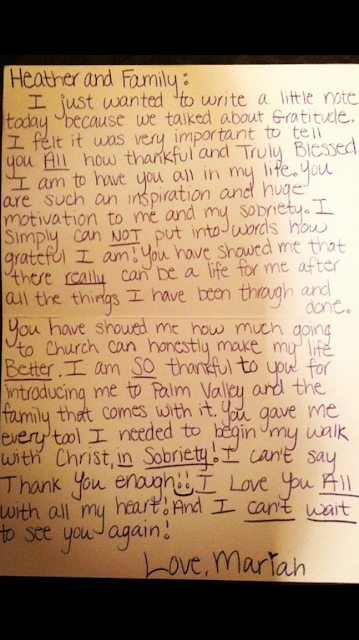 Posted by Unknown at 2:23 PM No comments:

It's 4:30 AM... I got up early and sat on my couch curled up with a cup off coffee lost in thought. The house was peaceful and quite. In those moments I get a lot of time to think. Of course my thoughts go straight to Mariah. I started thinking of all the times I got to spend with her, good or bad I was thankful for those moments and value those memories. 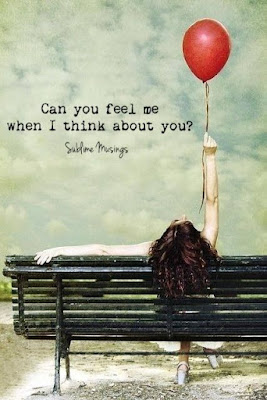 When Mariah died Allen said, “How am I going to make amends with her now? I was going to make my wrongs right by her.” His sponsor told him… Go to the place where Mariah first got introduced to recovery and ask those women what you can do. Take what they say to heart.

This past weekend Allen Counts went to Crossroads for Women and told just a fraction of Mariah’s story. It was a gritty honest account of his role in Mariah’s past, including moments of her kindness and love. It was a humbling experience sitting in the crowd listening to him speak about his role in their addiction together. At times I found it hard to breath, the air was thick and the silence in the room was defining. Throughout his speech I kept imagining Mariah sitting there next to him with her hand on his shoulder, proud of him for speaking out. Proud of him for keeping his word to her. Proud he was telling those woman the ugly truth as hard as it was. That’s just the kind of person she was even more so when it came to Allen.

You can’t talk about Mariah without talking about Allen. They were together for 3 years. All three of those years, as addicts, going from bad to worse. They enabled each other and used each other in some form. But they loved each other in spite of how they lived. Sadly the truth is when two addicts are using together the relationship becomes toxic and deadly; more times than others one gets left behind because the TRUTH is some are sicker than others. Mariah was that one who couldn’t fight off the demons, she struggled with ‘wanting’ to get sober because the pain of reality was too much to bare.

Their request was (as if Mariah was speaking herself) “keep doing what you are doing by telling her story and start an HA (Heroin Anonymous) meeting at our facility. Something Mariah wanted when she was a resident there. He made a promise to her and to those women in Crossroads to spread her story in an effort to save others. Our goal is never let her memory fade, to spread her message in hopes to inspire others. To inspire women and men to get the help needed to overcome addiction and depression. This is for you Mia! We miss you… we love you and are always thinking about you.

"Hope is the thing with feathers" Posted by Unknown at 8:16 AM No comments:

Hope Is The Thing With Feathers 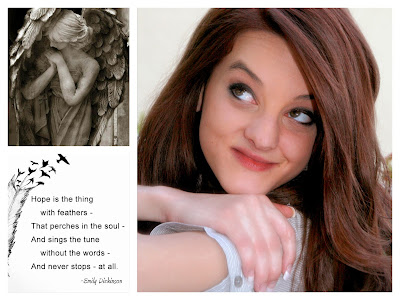 Posted by Unknown at 8:15 AM No comments:

So Hope Really Does Float

So Hope really does float! My friend Heather posted this today on Facebook.

Mariah... you didn't know it then but you were getting ready to save lives. Including my sons. Thank you hun... Oh how I wish you could hear me. Just in case you can I want you to know Mia's Dream Team is getting prepared to do work! We're going to make you proud. 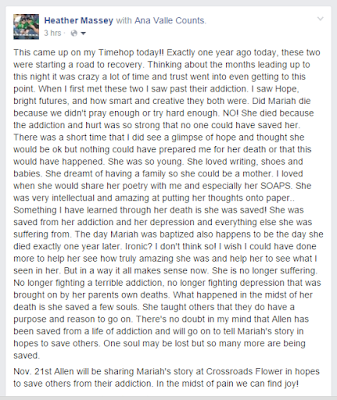 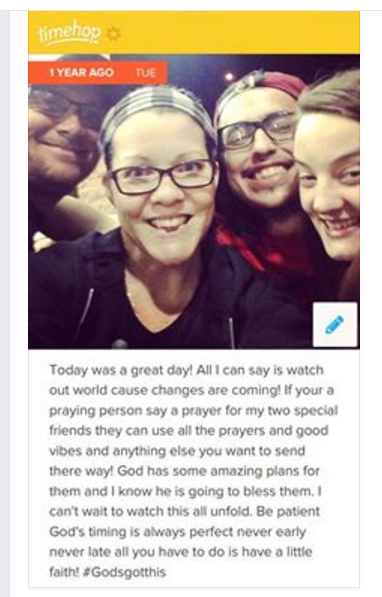 Posted by Unknown at 3:15 PM No comments:

Where do I begin? I guess I should first explain who I am, who Mariah is and how we got here.

My name is Ana and I’m the mother of Mariah’s ex-boyfriend. Mariah and my son where heroin addicts. They were together for three years, and for those three years I fought with their addiction. First let me say when they first met they both were already addicts they both already had troubled hearts and they both already where lost. At the time they had no clue they were addicts and they had no clue there was a solution. Mariah always had this untouchable deep sadness to her. I believe it came from the loss she endured from losing both of her parents at a very young age. Even when she smiled you could see the sadness in her eyes.

Mariah was a girly girl. She loved getting dressed up. She loved cloths and pajamas, high heels and fuzzy slippers, make-up and perfumes. She loved pretty smelling lotions and hair produces. She loved journaling and she absolutely LOVED to read everything and anything. She was a very intelligent young lady.

Mariah the addict was …. She was…. Well to put it simply she was just mean. There was no middle, when the addict in her was awake it showed. I was already was in full battle with my son, I was worn out and I had lost my patience with Mariah and said things I will regret for the rest of my life.

At the end of 2014 recovery was introduced to Allen and Mariah. However Mariah struggled with recovery. I think maybe the “feeling” part of sobriety was just too much. Being numb…. The not feeling the pain from the loss is what she was used to. For most addicts it’s not about the euphoric high it’s about filling a void it’s about filling that emptiness. On October 25th 2015 she put a gun to her head and ended her pain.

This blog is dedicated to Mariah’s memory. It will be about her story about others and their stories. I will find resources, books, videos, blogs  on recovery and suicide prevention. I will find information on recovery facilities and update this blog as often as I can. I’ll do it for you Mariah! 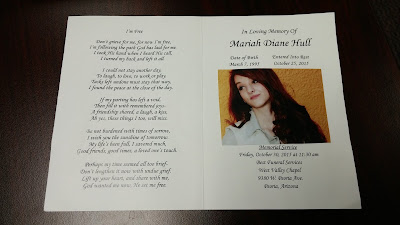 Posted by Unknown at 3:14 PM No comments:

That perches in the soul

And sings the tune without the words

And never stops at all

And sweetest in the Gale is heard

And sore must be the storm

That could abash the little Bird

That kept so many warm

I’ve heard it in the chillest land

And on the strangest Sea

Yet never in Extremity,

It asked a crumb - of me